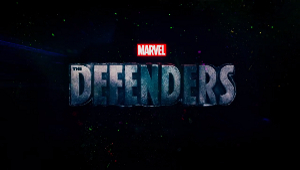 Pros:
• A largely successful crescendo of plot threads from multiple series.
• The awkwardness of the heroes coming together was played off well.
• Elodie Yung’s version of Electra continued to be an excellent case study of what Dungeons & Dragons mythology would describe as “chaotic neutral.”
• Alexandra (Sigourney Weaver) and Gao (Wei Ching Ho) expertly drive the dark heart of the narrative.
• Successfully begins Iron Fist’s long road to becoming a likable character.

Cons:
• In spite of the higher stakes, the miniseries did not fully overcome its small-scale sense, next to the universe-sized narratives of the overall MCU.
• Strangely felt more like a weaker Marvel second outing than a strong first.
• Given the long history of The Hand — and its artificially immortal leaders, the miniseries’ story seemed far less profound than it could have been.
• Fairly predictable plot, and was certainly overlong.
• Might have been half the length if the direct and uncompromising Punisher was also on the team.

Discussion:
One cannot help but get the sense of missed opportunity with The Defenders. All the Marvel-Netflix series were building to this in their own ways, yet it felt like far less happened than what was hinted at prior. The miniseries ultimately highlighted the biggest weakness of the Netflix side of the MCU so far: ill-considered story lengths. The amount of episodes do not have to be of any number, yet the narratives here are sometimes stretched to fit the pre-ordained set. Doctor Who (1963-present) has changed the length of its seasons — and story lengths — with some regularity. The inaugural season of the Thirteenth Doctor highlights this almost dramatically by having a technically shorter season, but with longer, more cinematic episodes.

All that is not to say the The Defenders was unwatchable. It was, indeed, enjoyable overall. All the story-threads in Netflix-Marvel led to this ultimate confrontation with The Hand. The characters themselves save the miniseries from its overlong length by not only being played expertly, but also with blatant self-awareness. Even if there might not be another Defenders miniseries, it did lay the groundwork for a stronger interoperability between the various characters. This was already utilized in the second season of Luke Cage (“Heroes for Hire” subplot) as part of making Iron Fist a better character. Indeed, the individual characters might be freer to explore their own narratives without The Hand, which Iron Fist was obsessed with, while having an easier time to walk to the neighboring hero for aid.