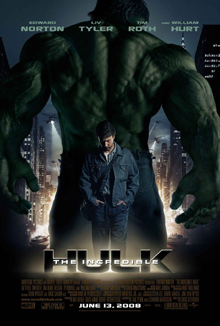 Synopsis: After being a party to a super-soldier experiment with gamma radiation that makes him transform into the rage filled Hulk, Bruce Banner is on the run from General Ross and the bestial super-soldier, Abomination.

Pros:
An amiable take on a more black and white character of Marvel, and vastly superior to the underwhelming prior film Hulk. The film lays the groundwork for rebooting characters into the MCU. Ed Norton is excellent in the role.

Cons:
Fairly straight forward underlying origin story plot. Norton’s only appearance in the role, while representing one of a few recasting events in the MCU. With Mark Ruffalo taking the role in later appearances, this film sometimes feels like the forgotten film in the franchise, never really getting a sequel. Not counting the overarching Avengers story arc, many elements of what might have been featured in the sequel appears no longer relevant in the MCU.

Discussion:
This film seemed all but forgotten in the MCU until recently. It is indeed a minor entry in some ways, compared to succeeding films in the overarching franchise. The early Hulk does seem to be rather simplistic, in my understanding, though. The character, with the more than game Ruffalo at the wheel, has seen a sequel of sorts in the franchise, with the character featuring in his own story arc spanning other films: Thor Ragnorok, Infinity War, etc. Resulting, the Banner/Hulk character is not only truly relevant now, but also far less black and white. It’s unfortunate it took nearly a decade for this Jekyll/Hyde character to see any tangible advancement.